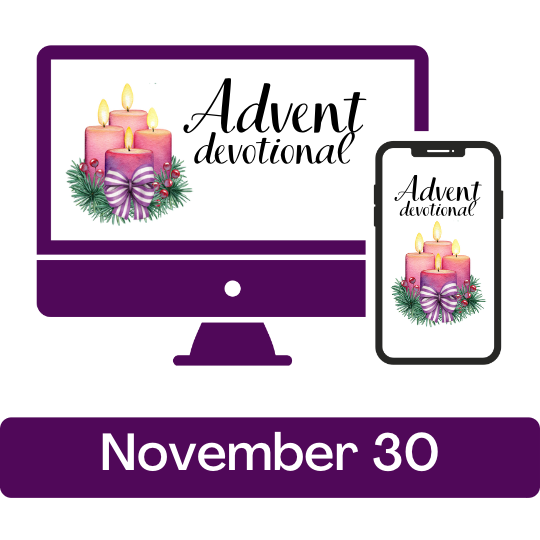 The world’s darkness comes in many forms, including hate, indifference, intolerance, discrimination, untruthfulness, and persecution. The part of this I struggle with most is that much of this darkness is brought about by Christians, both historically and today. This turns many away from Christ. This angst led our small group to study the book, Do I Stay Christian. It candidly examines how Christians both in the past and still today often add to the darkness, but also suggests ways we can faithfully respond.

Advent is a time of waiting. For me, this encompasses not just waiting for the celebration of Jesus’ birth, but also waiting for the transformation he brings to the world. John 1:4-5 tells us that, “In Him was life, and that life was the light of all mankind. The light shines in the darkness, and the darkness has not overcome it.” That Jesus came is a fact we can celebrate, but to what degree his influence has banished the darkness in the world seems murky at times. During this Advent season of waiting, I find myself being impatient in waiting for the light to shine brighter.

Last week, one of the responses we focused on was to take the long view of history and have the faith to wait. As Martin Luther King Jr. famously stated, “The arc of the moral universe is long, but it bends toward justice.” While still imperfect, Christian witness today is much better than it was hundreds of years ago when Christians were justifying slavery with Bible verses, massacring Jews, and subjugating entire peoples during colonization. It is better than it was within the lifetime of people still living today, when separate-but-equal was the law of the land and women had an extremely limited rule in the leadership of most churches. If faithful Christians of the past have been able to overcome these missteps, faithful Christians today can work to overcome the problems of our Christian witness in today’s world. But it might take time.

We should not be discouraged if the light we are waiting for doesn’t fully materialize today, or even in our lifetimes. Just as in the past God promised a Savoir, he also promises us that the light that Savior brings to the world will not be overcome by the darkness.

During this Advent season and going forward, my goal is to focus on the great light that Christ has brought to the world, to patiently trust that the remaining darkness is abating bit by bit, and to do my part in embodying the hope, love, joy, and peace that will bring more light into the world.