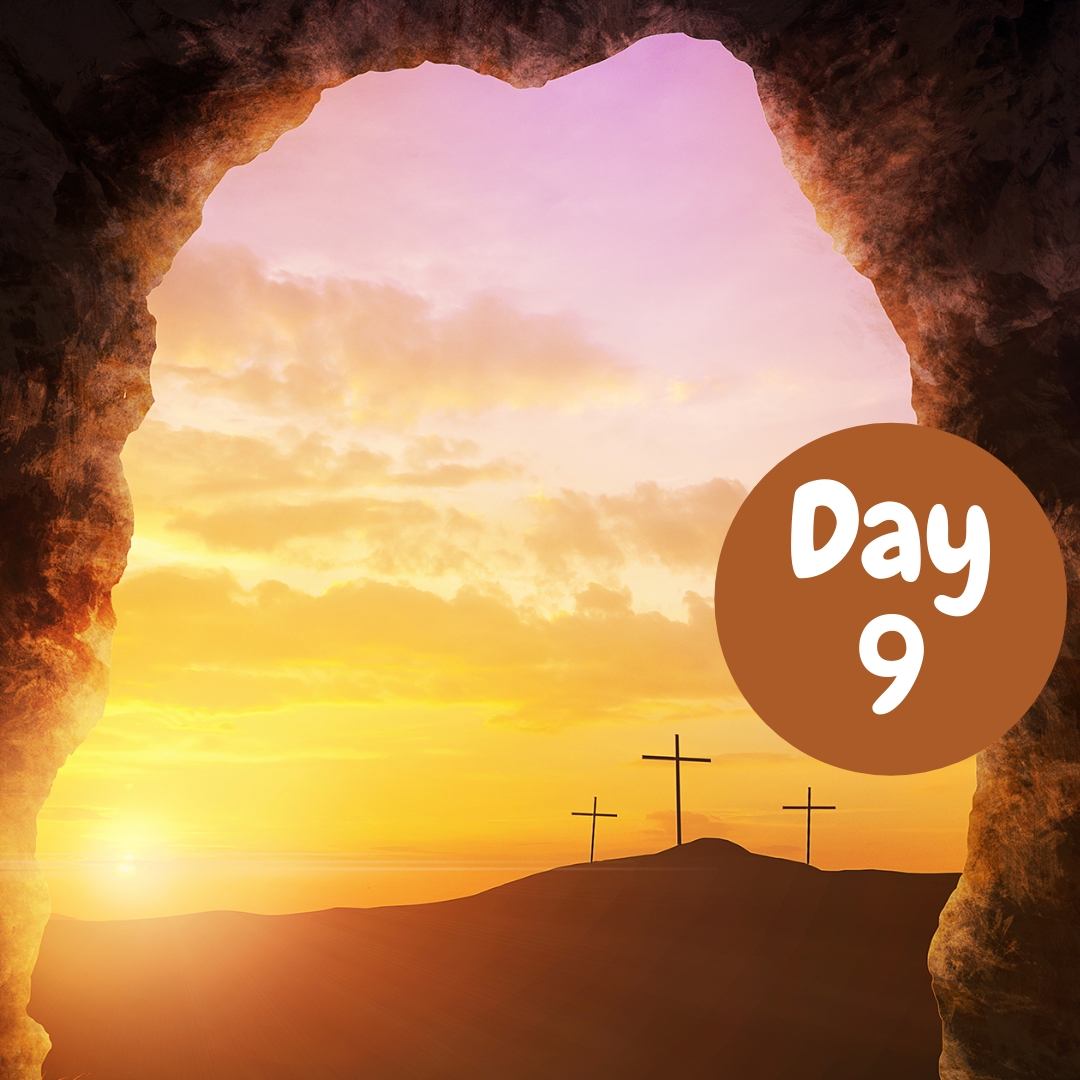 When the sabbath was over, Mary Magdalene, and Mary the mother of James, and Salome bought spices, so that they might go and anoint him. 2 And very early on the first day of the week, when the sun had risen, they went to the tomb. 3 They had been saying to one another, “Who will roll away the stone for us from the entrance to the tomb?” 4 When they looked up, they saw that the stone, which was very large, had already been rolled back. 5 As they entered the tomb, they saw a young man, dressed in a white robe, sitting on the right side; and they were alarmed. 6 But he said to them, “Do not be alarmed; you are looking for Jesus of Nazareth, who was crucified. He has been raised; he is not here. Look, there is the place they laid him. 7 But go, tell his disciples and Peter that he is going ahead of you to Galilee; there you will see him, just as he told you.” 8 So they went out and fled from the tomb, for terror and amazement had seized them; and they said nothing to anyone, for they were afraid.

Mark’s gospel ends on an abrupt note. Three women have come to the tomb of Jesus to anoint his body, and when they arrive, they are greeted by a stranger. “Do not be alarmed,” the young man says, explaining that Jesus has been raised, and encouraging them to go and tell the other disciples. Instead, the women flee in silence: “they said nothing to anyone, for they were afraid.”

In the earliest manuscripts of Mark’s gospel, this is where the story ends. But if you open your Bible and thumb to the end of Mark, you’ll likely see one or two additional endings found in other ancient manuscripts—endings that provide a little more closure to the story. In these endings the women overcome their fear and tell the other disciples; they go on to spread the “sacred and imperishable message of eternal salvation” to anyone who would hear it. Modern scholars generally agree these endings are not original to Mark’s gospel, even as they struggle to make sense of why the author would choose to finish the story here. Some have come up with their own theories to make sense of this anti-climactic ending. Some claim the writer of this gospel came down with a sudden illness and was unable to complete the book; others that the original ending was somehow damaged or lost. The words of the mysterious stranger at the tomb set up the expectation that both the disciples and the reader will see the risen Jesus—why would Mark’s gospel fail to deliver its promised, more hopeful conclusion?

A few weeks ago, before colleges across the country dismissed their students and made the transition to remote learning, I was reading Mark with the students in my Synoptic Gospels seminar at Hampden-Sydney College. One of my students observed that in Mark, everyone seems confused and afraid: the disciples, the Pharisees, the sick, the blind—even Jesus, in his final hours.

In Mark 9, we meet a man whose son is suffering from some mysterious sickness. The disciples have tried and failed to cast out the spirit who plagues this little boy. When Jesus arrives on the scene, the man begs him to heal his child. Jesus responds, “All things can be done for the one who believes.” The man cries out, “I believe; help my unbelief!” Jesus rebukes the spirit and heals the boy.

Later, the disciples ask Jesus why they were unable to heal the child before Jesus arrived. Jesus says, “This kind can only come out through prayer.” At first this seems like a gentle correction to disciples who may be relying too much on their own strength. But the puzzling thing is: as Mark tells it, Jesus himself doesn’t pray to heal this child. Jesus commands the spirit to leave the child, and the child is healed. The only thing that seems anything like a prayer in this story are the words the desperate father speaks to Jesus: “I believe, help my unbelief!”

I find it strangely comforting to think that by explaining the miracle in this way, Jesus read the desperation of this man as a prayer. I search through the rest of Mark’s gospel for more prayers, and all I can find is the anguished plea of this man, Jesus’ prayer of agony in Gethsemane, and his cry of dereliction on the cross. The only spoken prayers in Mark are the words of those who, like the women at the tomb, are seized by terror. Only cries for answers, or cries for help. Like Mark’s gospel, these prayers end without a resolution.

Mark’s gospel reminds us that even those who were closest to Jesus, who saw him face to face, who walked with him and heard him tell stories and watched him heal the sick and the blind: even these people were often confused and afraid. In Mark’s gospel, Jesus enters into that fear and confusion. He prayed as we pray, wrestling in darkness.

We live in uncertain times. A global pandemic has made its way across the globe, and in these anxious days when we most need consolation and hope, we’ve been asked to keep our distance. Churches have closed their doors, and we’ve been asked to remain in our homes to wait and watch, and hope that this will pass. We are now faced with the grim reality that, in all likelihood, churches across the country and across the globe will be empty this Easter.

At the end of Mark 16:1-8, Jesus is risen but not seen, all his followers have fled in fear, Peter’s betrayal is not yet forgiven, and there is no telling what will happen next. This odd, unresolved ending makes room for those of us who come into this Easter season struggling to hope: believing, but unbelieving, in the middle of the dark.