The Second Word: With Me In Paradise 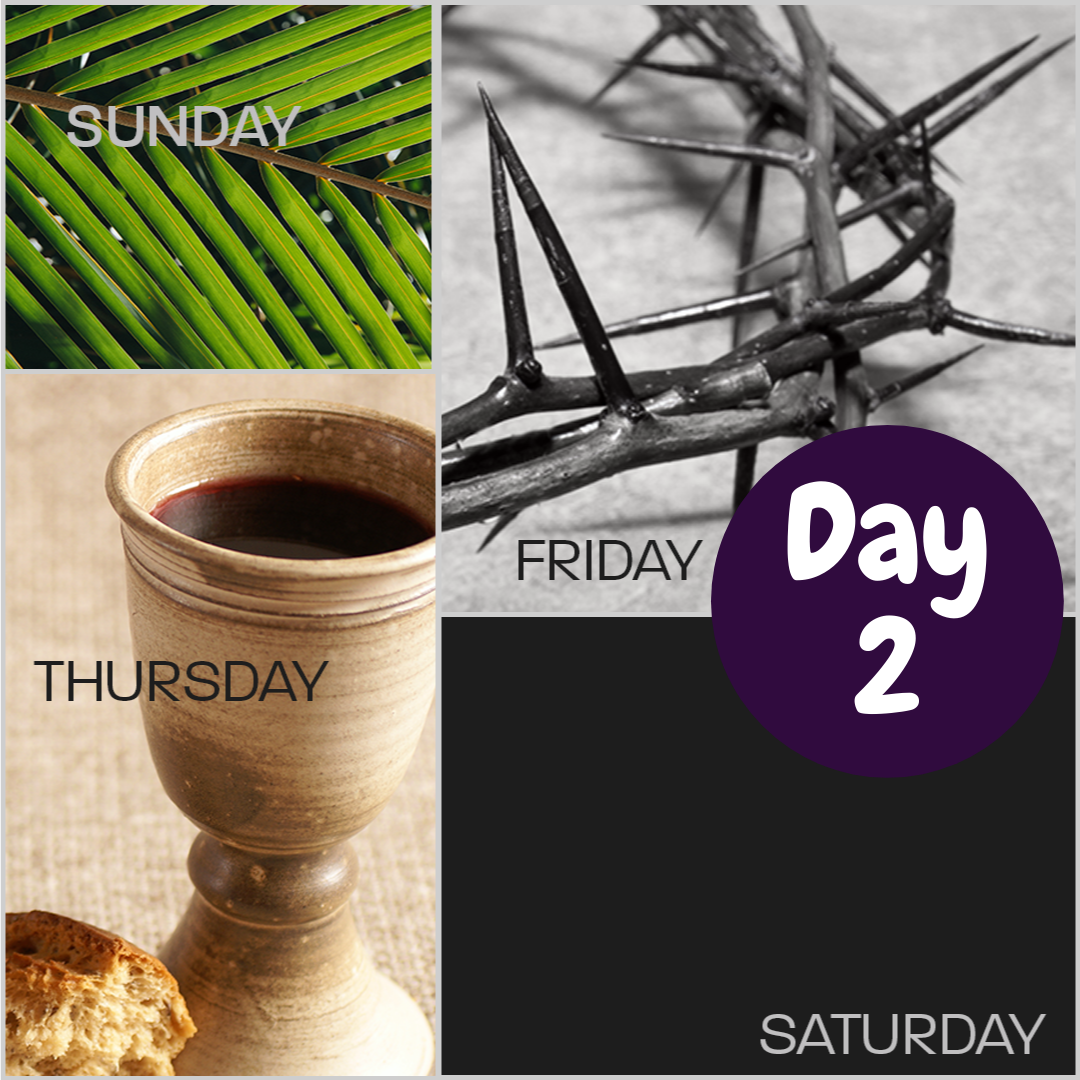 This scene begins in Luke 23:32, “Two others also, who were criminals, were led away to be put to death with him.” Luke then talks about people who were standing by watching, leaders who were scoffing at Jesus, and soldiers who mocked Jesus and offered him sour wine. I think Luke describes this scene as a movie. At the crucifixion scene, the camera zoomed in to show three people on crosses, moved to the people who surrounded the crosses, and, then, the camera returned to three people being crucified.

One of the two criminals began to speak, “Are you not the Messiah? Save yourself and us!” But, the other criminal rebuked the first by saying, “Do you not fear God since you are under the same sentence of condemnation? And we indeed have been condemned justly, for we are getting what we deserve for our deeds, but his man has done nothing wrong.” (Luke 32:23-39) Luke includes their debate about Jesus and his death: one with mocking sarcasm and one with penitence.

Well, I don’t think that they knew Jesus before their crucifixions. It would probably be the first time they saw Jesus in the place called Golgotha while they were crucified. Then, how did they know about Jesus to say these words to him? If we follow Luke’s directing of this scene, we might get a better understanding of what is going on. Even though the crucifixion is a symbol of terror, a great number of people followed Jesus, all different kinds of people: Roman soldiers, Jewish leaders, priests, scribes, women, and followers of Jesus. So, the criminals might have learned about Jesus from those people, their reactions, and conversations. I think that is why Luke had the camera zoomed in from different angles, helping us to pay attention to all that was going on and the relevance of each part of the story.

The one who sarcastically spoke to Jesus joined in the mocking with the crowd. He saw soldiers who played with Jesus’ clothes and heard leaders saying, “He saved others; let him save himself if he is the Messiah of God, his chosen one.” (Luke 23:35) They also heard other soldiers saying, “If you are the king of the Jews, save yourself!” (Luke 23:37) This criminal joined in with the mocking of the crowd, without even considering who Jesus was.

However, the other criminal saw and heard the same things, but carefully listened to Jesus and pondered on his words. “Father, forgive them; for they do not know what they are doing” (Luke 23:34). “My God, my god, why have you forsaken me?” (Matt. 27:46) “I thirst” (John 19:28). “It is finished.” (John 19:30). Why on earth would Jesus say these words while he was dying? Asking for forgiveness? Making a petition to God? Saying it is finished?

As the criminal opened his mind and heart to Jesus, he was transformed and changed by his powerful words. He confessed his sin, acknowledging who he was and believing that Jesus was the Messiah, the Son of God. Then, he said, “Jesus, remember me when you come into your kingdom” (Luke 23:42). He didn’t ask Jesus for salvation or forgiveness, because he didn’t believe he deserved either, but wanted to be remembered in Jesus’ kingdom.

One criminal chose a wide path where a lot of people went by joining in the mocking, but the other criminal decided to listen to Jesus and have faith in Jesus even though he knew of his own sins. Confession is both an acknowledgment of sins and a declaration of faith. Jesus granted the man more than he had asked for and said, “Amen, I tell you, today you will be with me in paradise.” (Luke 23:43). The repentant criminal is the only person in the New Testament who is promised to be with Jesus in paradise.

Luke invites us to look at ourselves and listen to Jesus. During Lent, it is important for us to think whether we follow the crowds of the crucifixion or follow Jesus. Jesus will say to all who confess their sins before the Lord, listen to Jesus, have faith in him, and “Today, you will be with me in paradise.” Amen. Amen. Amen.