December 11 – I Heard The Bells on Christmas Day 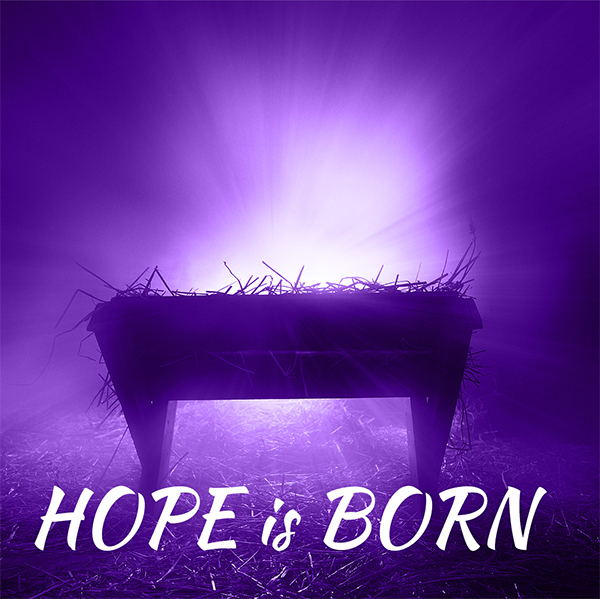 Written by Brian Johnson (And drawn/written by Rev. Charlie Baber)

But, sometimes, hope seems hard to grasp.  This world is full of injustice, violence, oppression, hatred, division, fear, hunger, and more. Just as importantly, this is a hard time of year for many of us – lots of folks struggle with Christmas, as it can be a time that reminds us of people who won’t be with us this holiday season.  And, this year, due to the pandemic, many of us will not get to celebrate the holiday the way we usually would, and we are mourning that too.  This is a season of joy, but, sometimes we just don’t feel joyful. The promise of Christmas is that the Light of the World (Jesus) has has come to be with us, and that darkness will never overcome it.  But, sometimes it’s hard to see the light through all the darkness.

This song has been a source of hope for lots of folks walking through times that felt hopeless.  My friend Charlie Baber is an artist and a pastor in Raliegh, NC.  He writes a webcomic called “Wesley Bros” that explores faith from the perspective of Wesleyan/Methodist Christianity. (Check out his webpage here) Back in 2015, he made a comic based on the original poem that inspired “I Heard the Bells on Christmas Day” – a poem called “Christmas Bells” by Henry Wadsworth Longfellow.

Anyway, Charlie’s given us permission to share that comic in this devotional, along with the reflection that he wrote to go with the comic.  For context, Charlie spent much of 2015 wrestling with the awful events of the shooting at Mother Emmanuel AME Church in Charleston, where a white supremacist shot 9 Black people during a Bible Study.  His comic and what he writes reflect that wrestling, along with other suffering/violence/injustice he witnessed in 2015.  Here’s what Charlie has drawn/written: 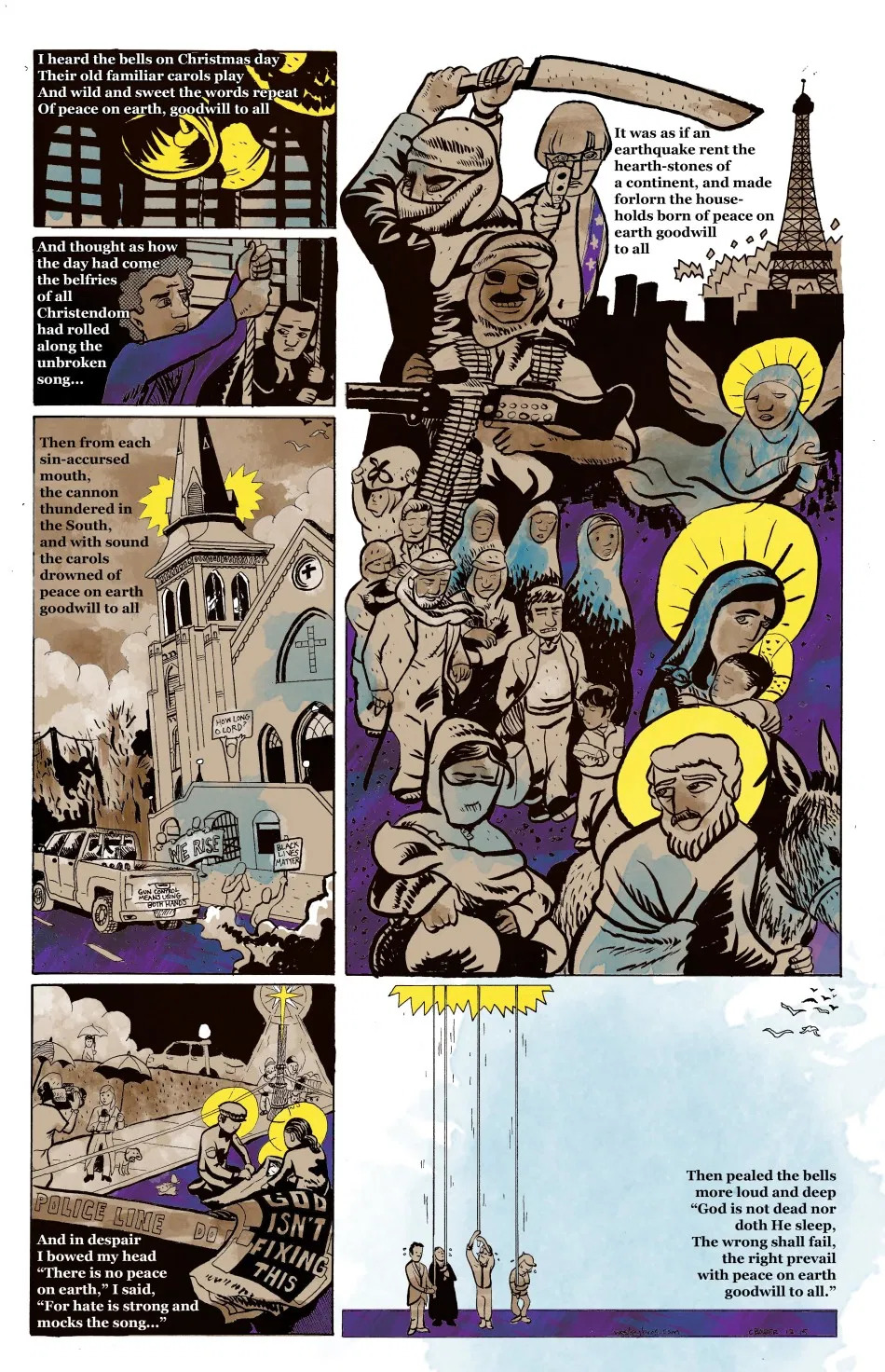 The popular Christmas carol “I Heard the Bells on Christmas Day” was originally the poem Christmas Bells by American poet Henry Wadsworth Longfellow.  During the Civil War, Longfellow’s son signed up to fight for the Union army and was seriously wounded in battle.  Still grieving from the loss of his beloved wife in a fire, Longfellow could not bear to face the otherwise joyous season of Christmas with the possibility of losing his son as well.  His poem has resonated with me since I was a young teenager.  I have always struggled with joy during Advent because it seems like peace is so hard to truly find on this planet.  So many people experience despair and sadness at Christmas time.  I believe that despair is a marker that we are longing for what was promised to us at that first Christmas…a time when peace on earth and goodwill towards all humanity is finally realized.  Though Longfellow was Unitarian, I see a lot in common with Wesleyan theology in this poem, a hope in the coming reign of Christ, and the call to all Christians to name the darkness, speak out against injustice and violent ‘solutions,’ and claim hope in God’s power to overcome.